Moglin the Moogle King – Making of

Creating the Moogle King was such an amazing project for me. I had a lot of fun bring this bis baby to live and see him at the Final Fantasy Fanfest sitting in his throne. It was a great honor to me that Square Enix asked me to work for them, as a biiiig Final Fantasy Fan I love the super sweet moogles and was so exited about this commision.

Now I will show you how I made the Moogle King, which is named Moglin. There were only 3 weeks to finish the whole thing, and we also had to build 6 small Moogles and the Archway to Moghome. The whole project was not possible without our super dedicated helpers Monono Cosplay,  Zwillingsnadel Cosplay and Lenora Gewandungen. 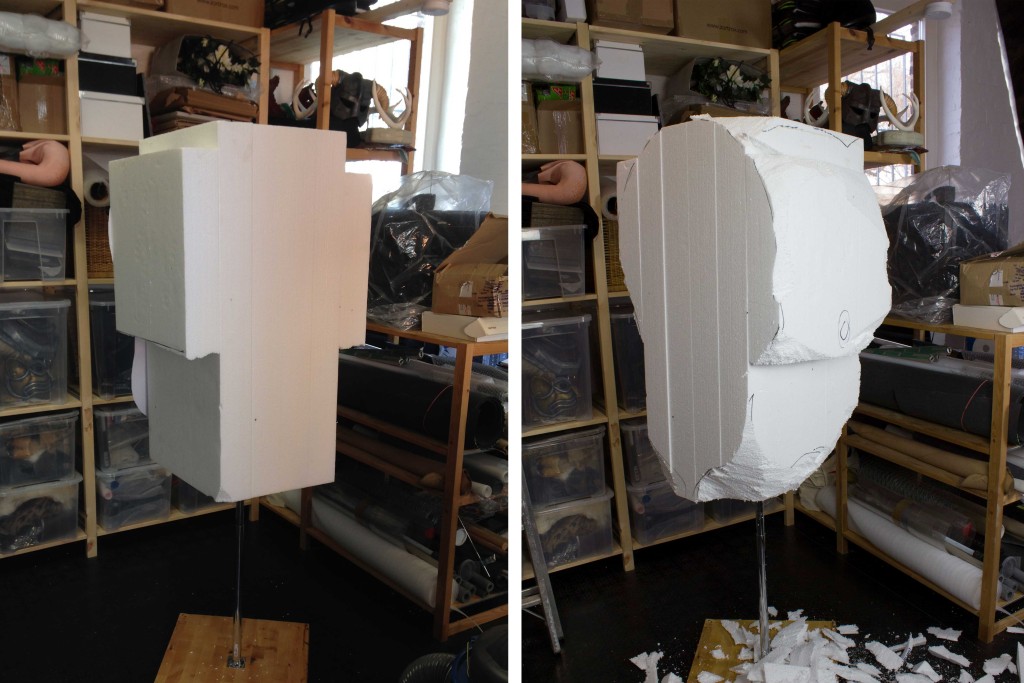 The plan was so sculpt the whole thing with Expoy Clay. To make it as lightweiht as possible we first carved Moglins Body out of Styrofoam. 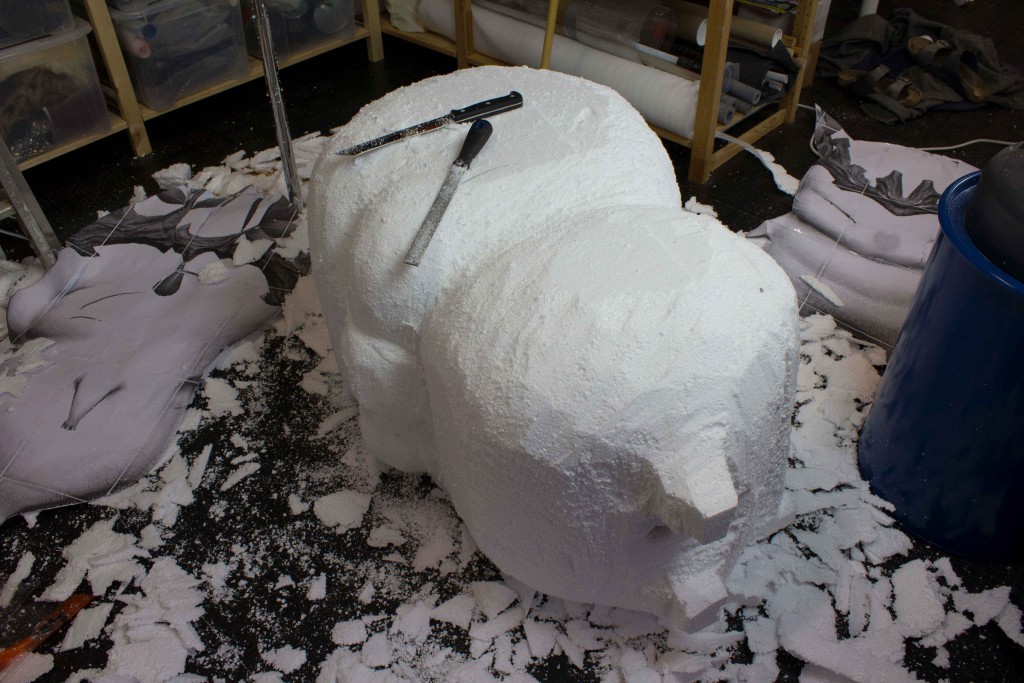 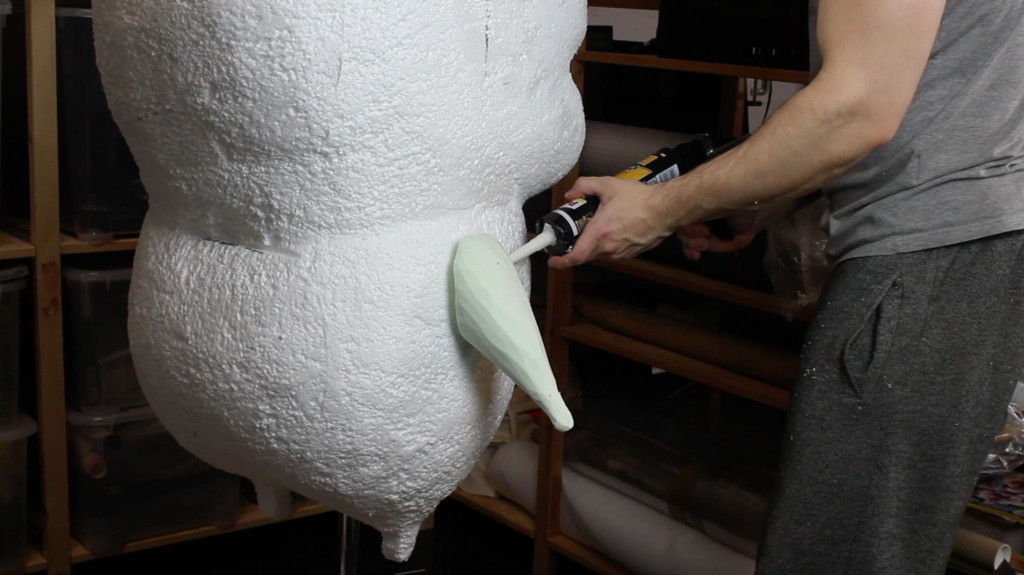 Arms and Ears were also carved out of styrofoam which we added later. 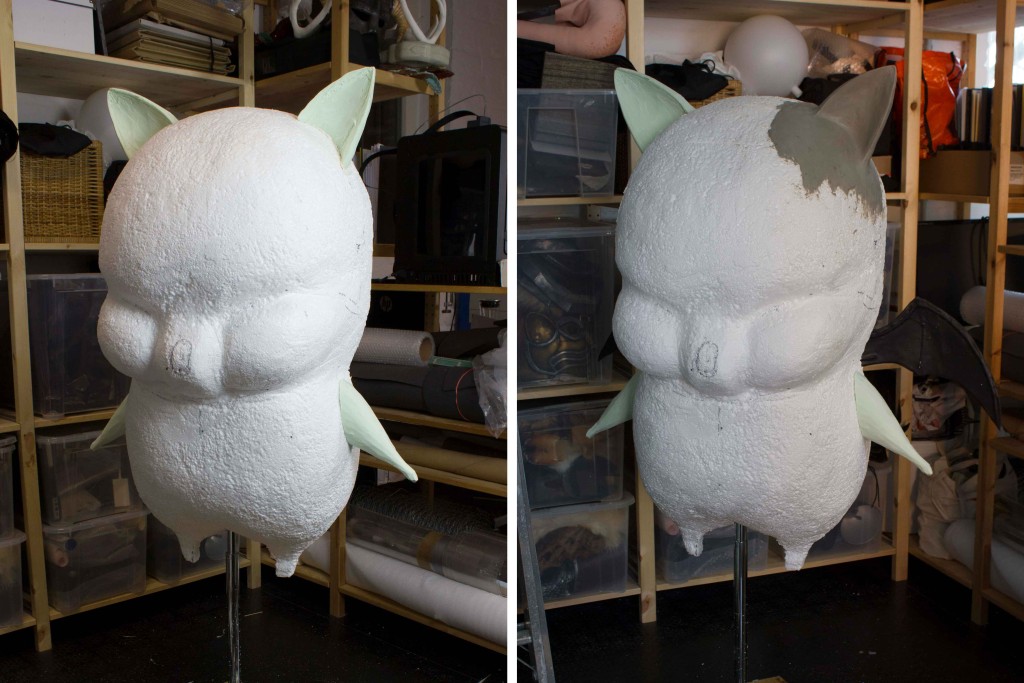 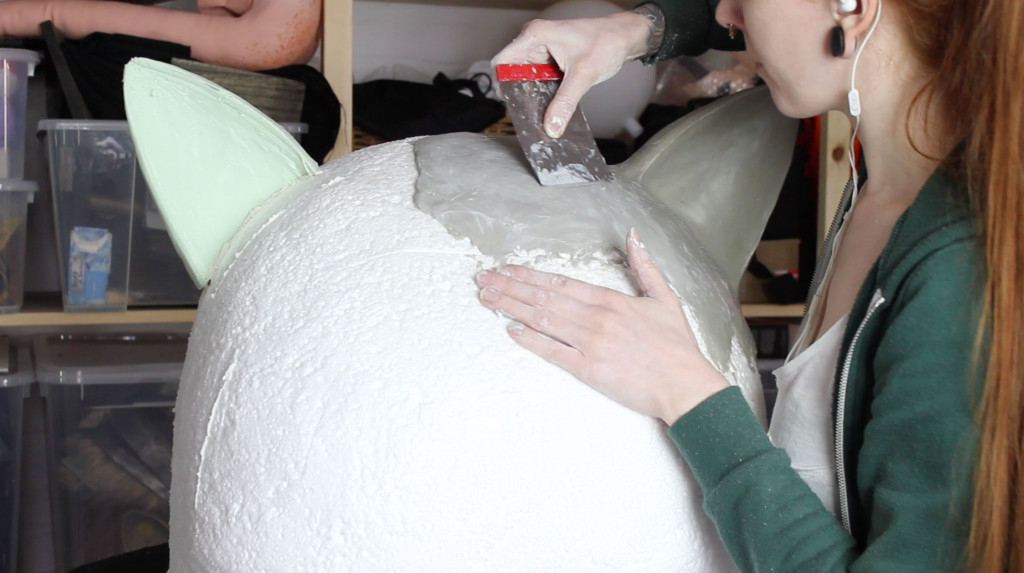 After I was happy with the shape of the styrofoam base I started adding the Epoxy Clay. I used Free Form Habitat (FIRE SAFE), which is a two part epoxy (it is nearly the same like Apoxie Sculpt). You have a working time of 90 minutes (which is very nice) and it takes 16 hours until it is fully cured. For the whole Moglin (Body, Wings and Crown) I used 17 kg Free Form Habitat. 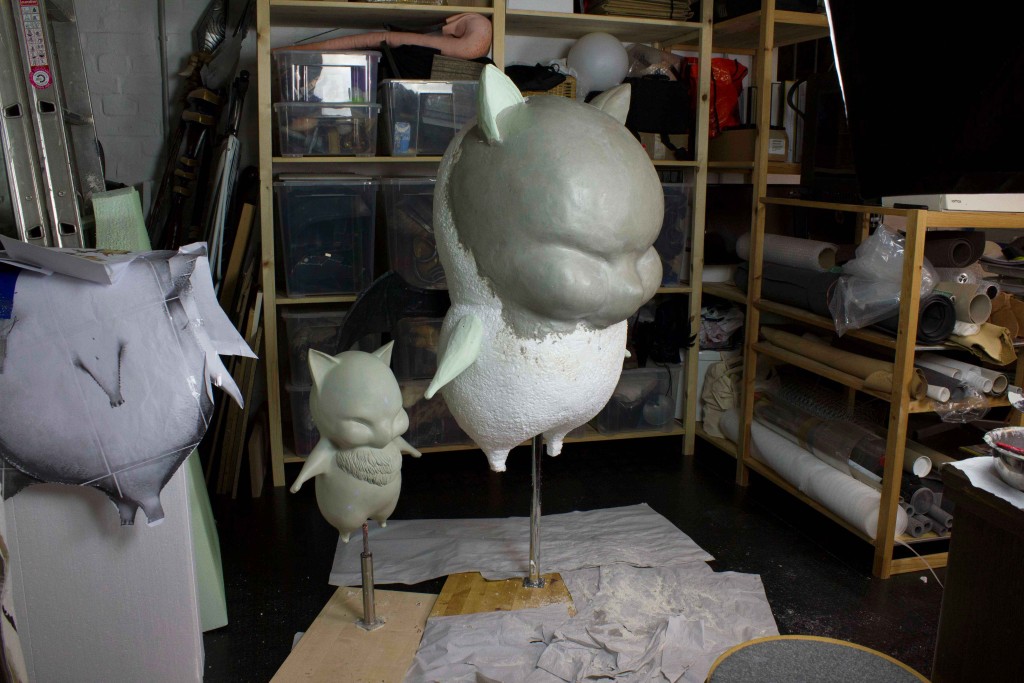 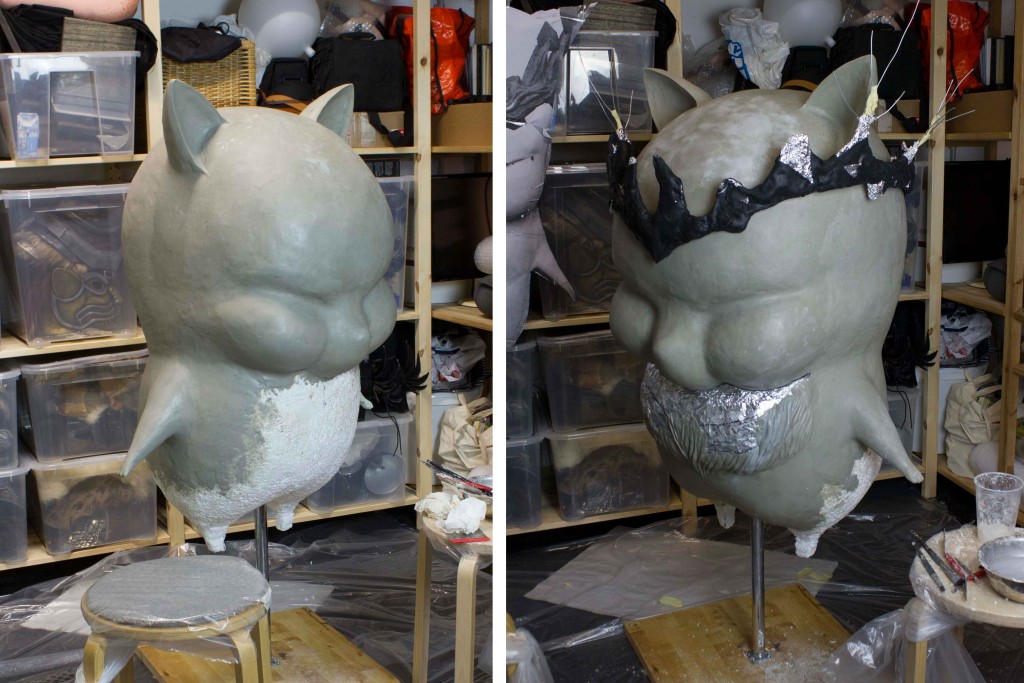 It took me a few days until the whole thing was covered. 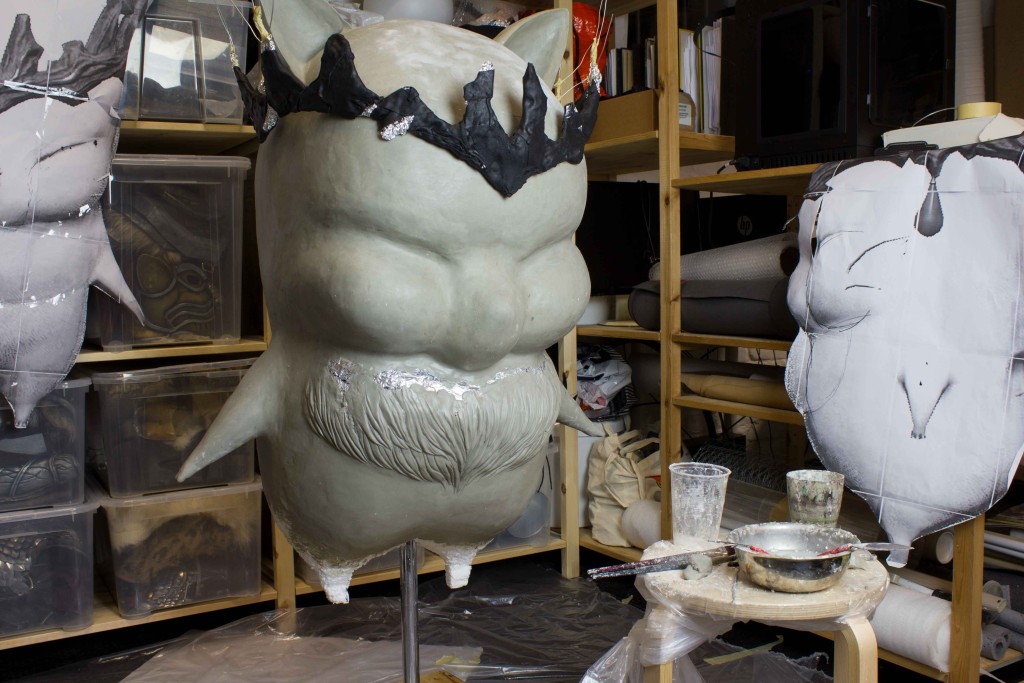 The base of the crown was made out of wire, aluminium foil and Worblas Black Art. 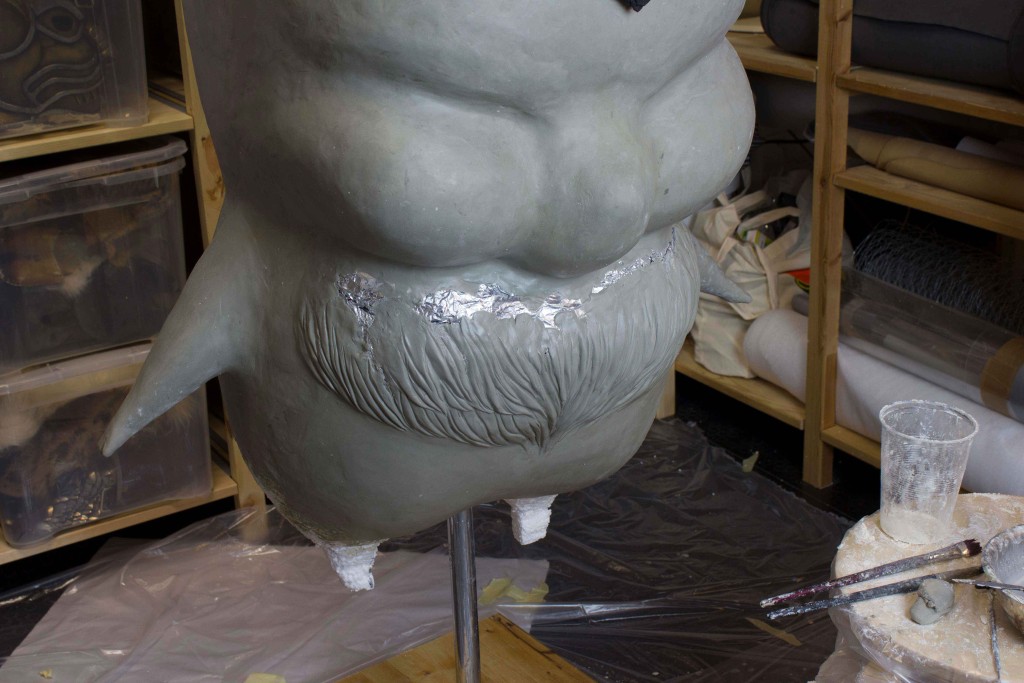 Sculpting the fluffy fur was my favorite part <3 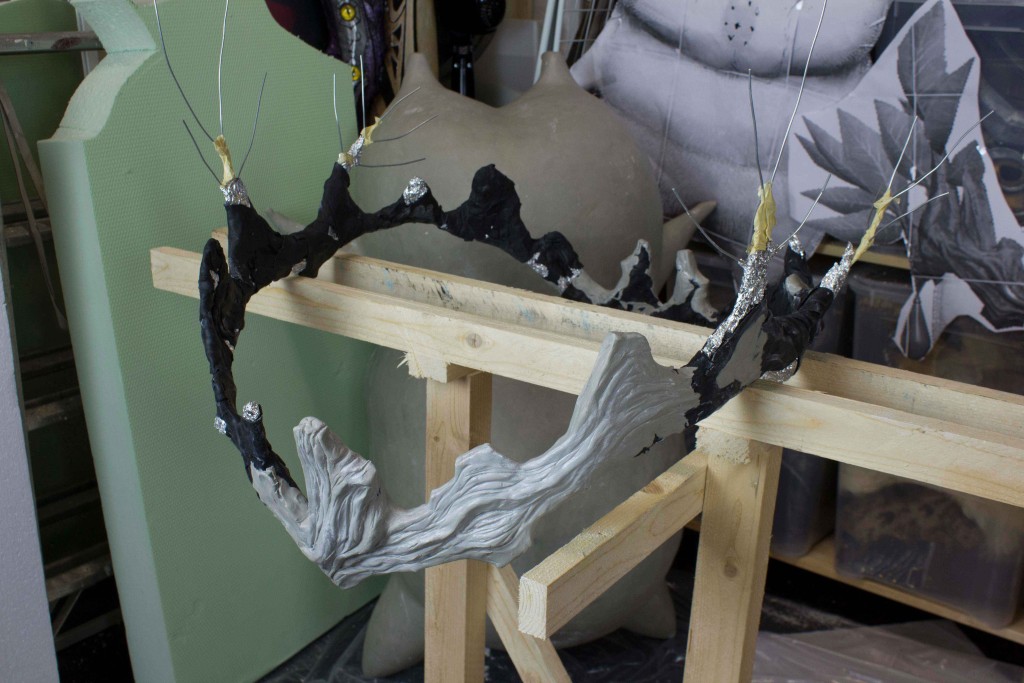 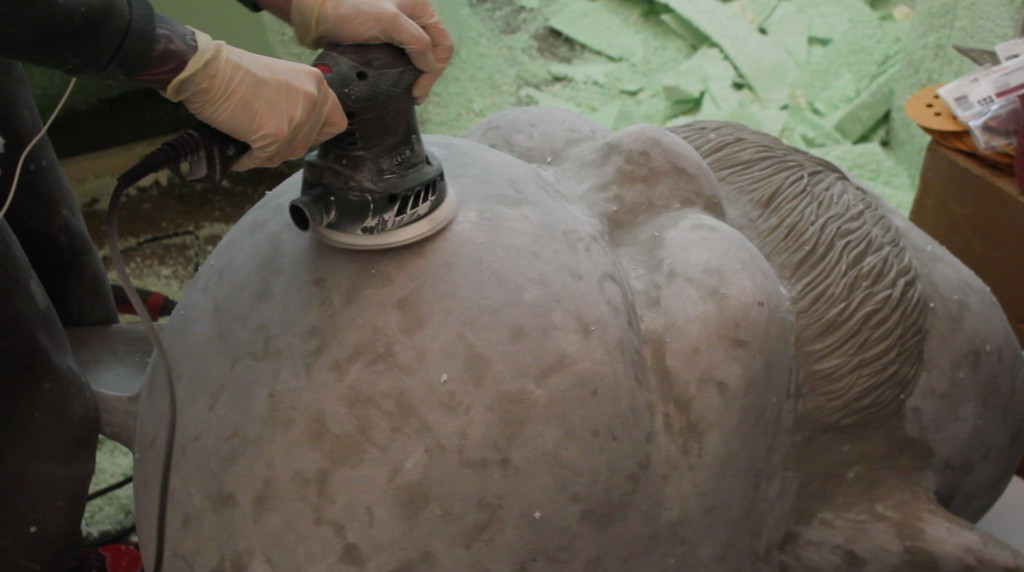 It is suuuper difficult to get a smooth surface when you cover bis areas with epoxy clay. Because the material is super hard it is quite exhausing to sand this by hand, I recomment using sanding tools 😀 Unfortunately you can´t sand all areas with this tools… I arms still hurt from sanding this baby 😉 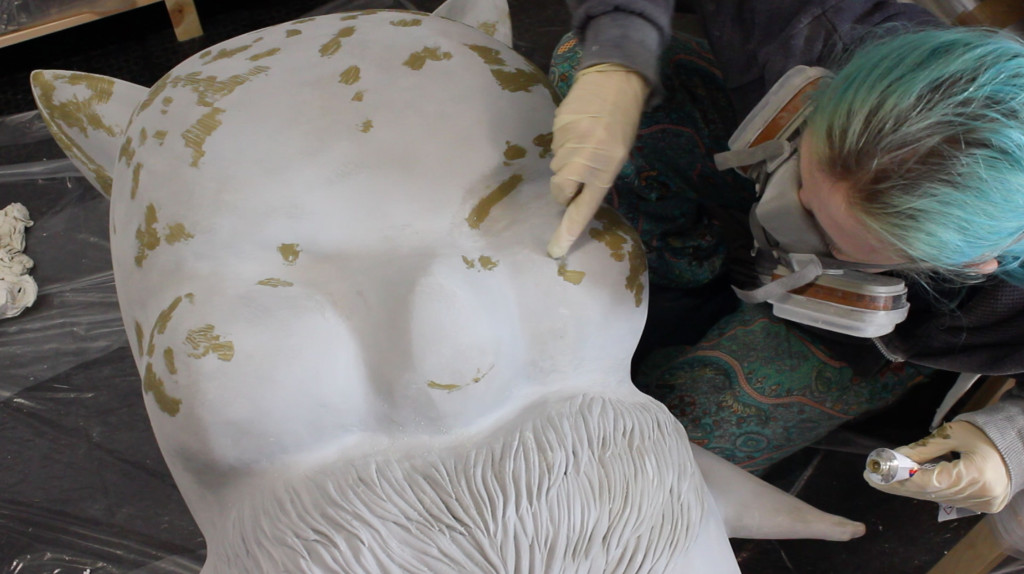 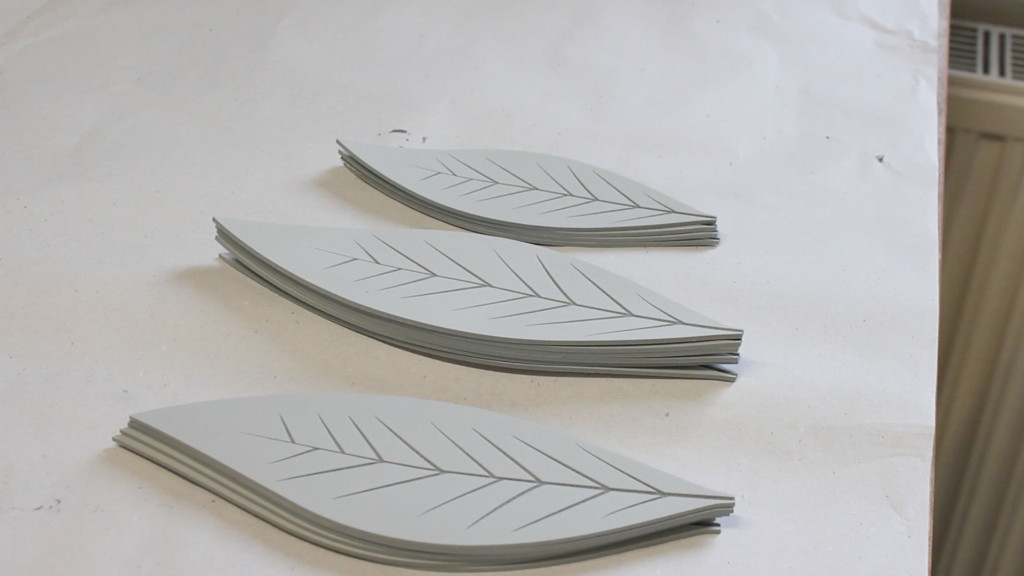 The leaves for the crown were cutted out with our lasercutter. 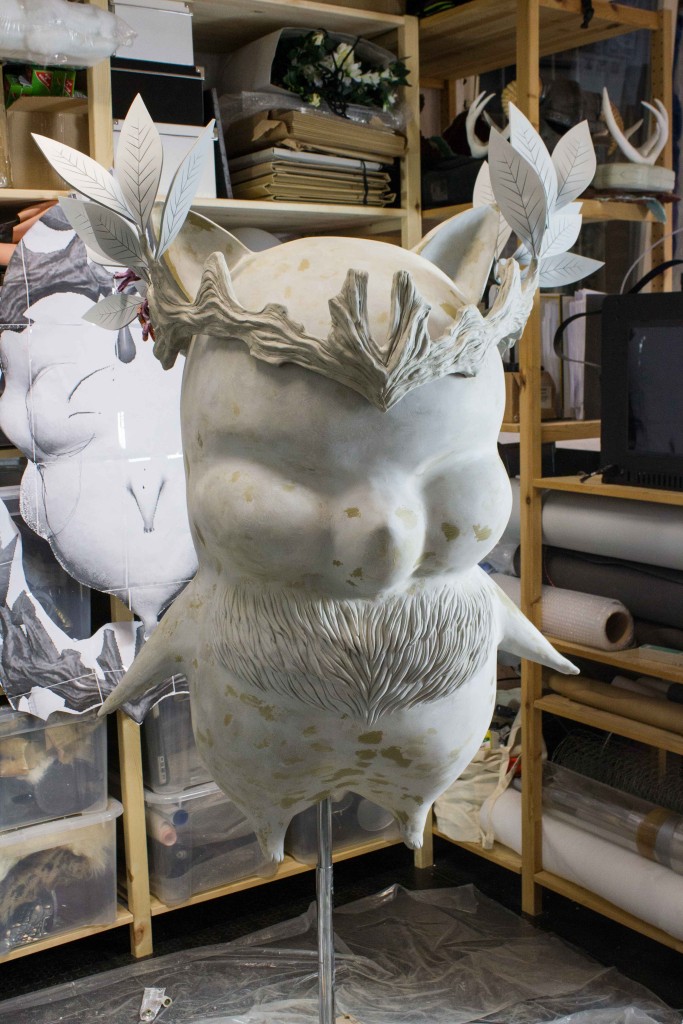 I love this moment, when finally all parts comes together. 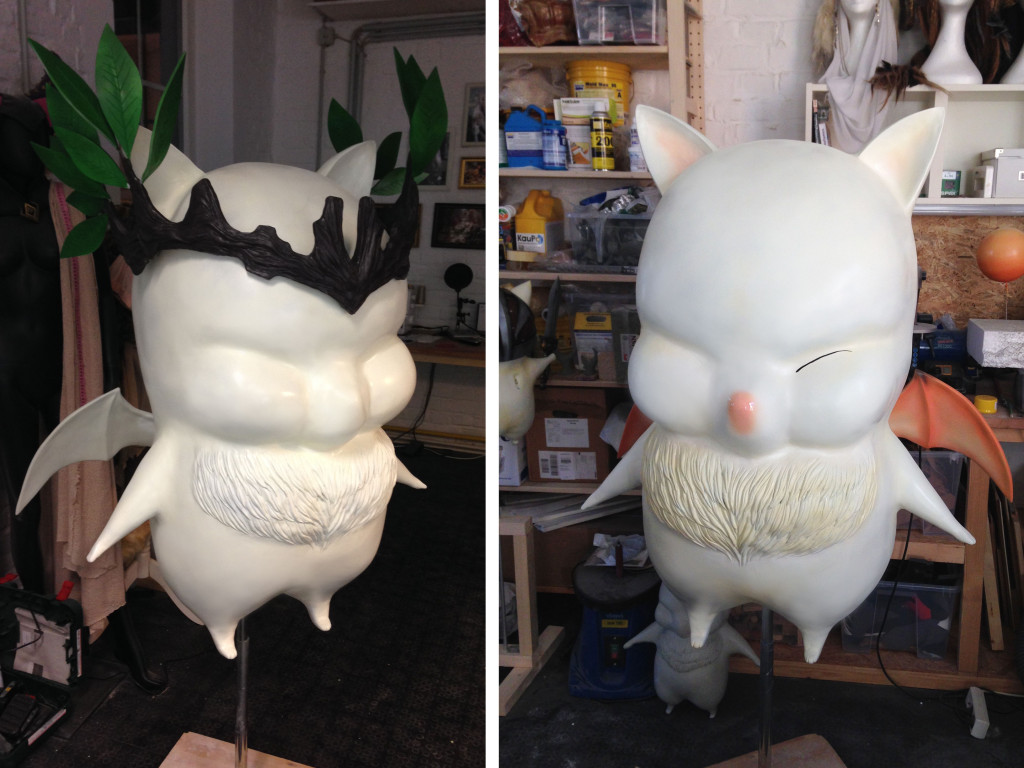 I first primed everything with spraypaint and the made the shading with airbrush. 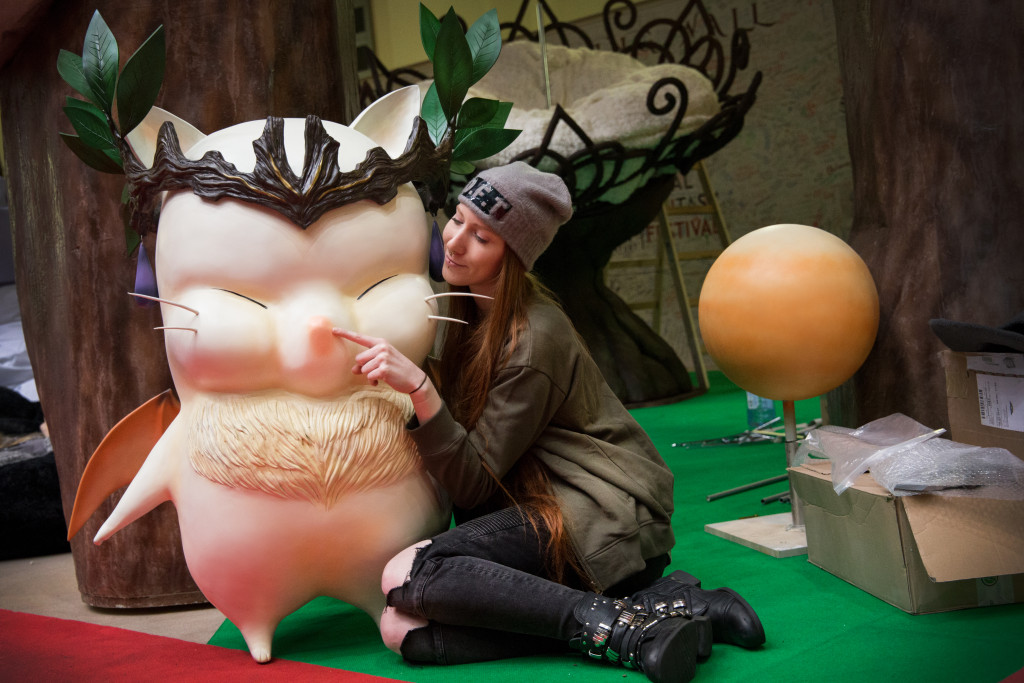 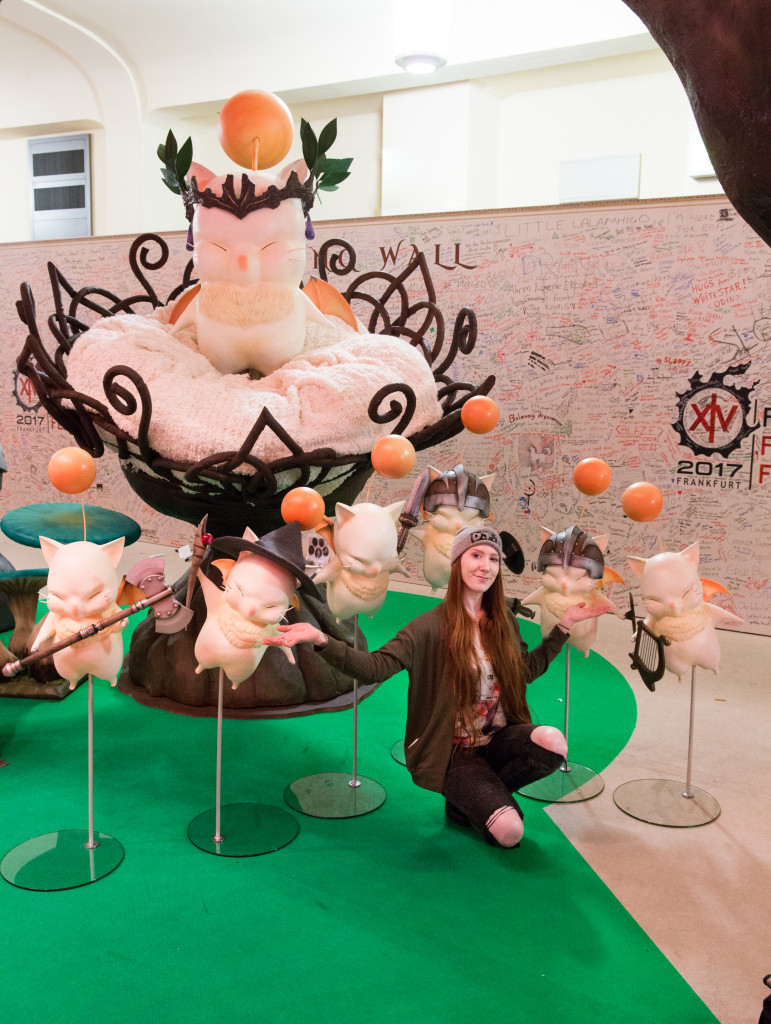